The Gameful World is a book that aims to examine the key challenges of gamification and the ludification of culture, or, as presented by the editors, the Gameful World. It contains essays from more than 50 acknowledged experts representing both academia and industry. The collection is edited by Steffen P. Walz, Associate Professor and Director of the Games and Experimental Entertainment Laboratory (GEElab) at the School of Media and Communication at the Royal Melbourne Institute of Technology, and Director of RMIT’s GEElab Europe in Karlsruhe, Germany, and Sebastian Deterding, Assistant Professor in the Game Design Program at Northeastern University, and associate at the international design agency Hubbub.

The book begins with an introduction to the Gameful World, in which the editors review the historical context for the rise of games and gamification in modern culture. From then on, the analysis is organized in three broad parts. The first part, “Approaches”, presents several different views used to frame and define gamification, which include the ludic century, behavioural psychology, motivation, economics, ethics, and aesthetics, among others. It also boldly includes a sceptical essay arguing that gamification is “bullshit” (an extension of the previous well-known article from Ian Bogost), inviting the reader to engage in critical reflection. This perspective also reinforces the novelty of the gamification concept, serving to remind readers that this research is largely exploratory, and still lacks a concrete definition or formal system of terminology. As I read through each chapter, I understood that the Gameful World concept can manifest itself in many different forms, depending on what basis it is analyzed. A few chapters even contradict some points from others. This is a result of the novelty of this research area, and the absence of universally accepted definitions. This realization tells us that, when talking about gamification, it is important to recognize which perspectives generate particular characterizations. One chapter that stood out for me was “Playing the Good Life: Gamification and Ethics” by Miguel Sicart, which inspires the reader to think how gamification may be used to aid us in becoming better human beings.

The second part, “Issues”, breaks down many of the key challenges and open questions regarding this new world and its relation to capitalism, culture, media, governance, privacy, morality, and technology. This section emphasizes that the relation of the Gameful World to established societal traits is still being studied, and although preliminary knowledge has been obtained, we cannot claim to possess a complete understanding of the global impact of large-scale gamification. The chapter “Gamification and Culture” by Rilla Khaled, for example, questions how basic values can vary between cultures, and how this can affect users’ attitudes towards common gamification mechanics. Cultural orientations are presented as dimensions represented by autonomy versus embeddedness, egalitarianism versus hierarchy, and harmony versus mastery. Thus, mechanics which foster independence may be well-received in cultures that value autonomy, but less comfortable in cultures that value embeddedness; mechanics of competition may appeal to hierarchical cultures, but may be strange to egalitarian cultures; and mechanics that nurture mastery may not be easily accepted by cultures that value harmony. One concludes that many specific studies will be needed to assert how the population from each cultural background responds differently to each implementation of the Gameful World.

The third part, “Applications”, surveys existing research on some of the major application domains: design, business, social media, science, governance, urbanism, environment, health, and learning. Each chapter does a great job in presenting how the Gameful World is already being applied to each domain, as well as ideas and possibilities that are yet to be explored. Several case studies are described along the chapters, giving the reader a clear notion of the current applications of gamification. For example, in “Gamification and the Enterprise” by Ethan Mollick and Kevin Werbach, the case of LiveOps is presented. LiveOps is a virtual call-center outsourcing company with agents that work independently from home. The implementation of a gamified system that improved performance measurement and increased the enjoyment of a potentially tedious job led to reduced call times, an 8 to 12% increase in sales, and an average of 9% higher customer satisfaction. In “Gamification and Health” by Sean Munson, Erika Poodle, Daniel Perry, and Tamara Peyton, the case of the American Horsepower Challenge (AHPC) is presented. The AHPC is a pedometer-based fitness game for children in secondary schools. It creates an environment where children earn points for exercising (i.e. walking or running, as measured by the pedometer) during their spare time. The points of all students are aggregated by school, and schools compete between themselves on a rank system. An evaluation of the program showed modest increase in student physical activity. However, researchers have also noted that the competition encouraged cheating to artificially increase activity measures. For example, some children lend their pedometers to more active colleagues, or even placed them on active pets or younger siblings to earn more points. This case study reminds us that mechanisms of intrinsic and extrinsic motivation merit further inquiry to understand their effectiveness, and that gameful design methods have yet to evolve, because we are only beginning to identify the potential and the pitfalls of commonly used gamification mechanics.

In each part, chapters are interspersed with position papers. While chapters synthesize and critically reflect the existing literature, position statements act as counterpoints, providing the subjective voices of practitioners, theorists, and activists that have been formative for the gameful world. The book ends with the position paper “I’m not Playful, I’m Gameful” by Jane McGonigal, which for me was especially interesting to understand the difference between playfulness, the purposeless exploration of possibilities, and gamefulness, the motivation to seek out the accomplishment of goals and challenges. The paper closes the book by summarizing what it means to be gameful: “having the positive traits of a gamer” (or a game), such as strong motivation and goal orientation, confidence in one’s own capabilities, enjoying the pursuit of new challenges, perseverance in the face of obstacles, and a passion for learning new skills.

The Gameful World fulfills its promise of presenting the current key challenges of gamification. It inspires the reader to imagine new and exciting applications that may help build a better future. At the same time, no definitive conclusions are presented, leaving open questions and research prospects that need to be investigated and answered before this future can be realized. It is a magnificent compilation of the approaches, issues and applications surrounding a new, thriving research area.

The book does not present simple definitions or methods to implement gamification. For those who are seeking quick ways to acquire information concerning the design and implementation of gamification, other instructional materials would be more well-suited. However, for researchers or those interested in the gameful world, seeking to verse themselves in the current state of the art, and willing to find the inspiration to create their own contributions, I would say that The Gameful World is essential reading. 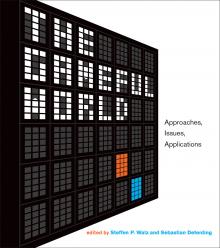