I have previously talked about the prominent role of challenges in games and gameful applications. Challenging oneself to overcome unnecessary obstacles just for the fun of it is at the heart of a gameful experience. Moreover, good challenges only work together with clear goals and clear paths, i.e., the player must know what she wants to achieve and how to do it. Games and gameful applications must always support the player in defining goals and immediate objectives. This can be done in two ways: the game can either tell the player what her goals are or support the player in defining her own goals. If none of these approaches is well designed into the game, the player will probably feel lost and loose interest.

Recently, two games have captured both the players’ and media’s attention: Pokémon GO and No Man’s Sky. Both games were highly anticipated and attracted a large number of players, but many were disappointed after a while. What was the reason of all this disappointment? Of course, there are many reasons and they might be different for each player, but I’d say that a great deal is due to problems with the design of player goals.

Pokémon GO presents the player one goal that is more prominent than any other in the game: capturing at least one exemplar of each existing pokémon to complete the Pokédex. This is a great goal and one that is still enjoyable by many players even after playing many hours. Our research has demonstrated that players have different preferences regarding gameplay, so this kind of goal is really appealing to a subset of players, who love the mechanics of walking around to find new types of pokémons. However, not all players enjoy this type of gameplay. Players with different preferences were expecting the game to provide them with different types of goals, which would be more suited to their preferred gameplay style. However, they could not find anything because the other goals in the game are weak or non-existent. For example, competing for supremacy at gyms could be an interesting mechanic for competitive players, but sadly the game mechanics are not good enough. Combat mechanics are clumsy and don’t favour the player’s skill, so they aren’t satisfying. I’ve played just a few gyms matches myself and couldn’t motivate myself to try them again. The possibility of training and evolving pokémons could also potentially motivate players, but there are no specific training mechanics in the game. The only way to develop and evolve pokémons is by capturing more of the same pokémon, so in reality, this is just another outcome connected to the mechanic of pokémon collection. As a result, players who enjoyed the collecting mechanics still love the game; however, players who were seeking other types of goals were left without clear objectives and felt demotivated to continue playing.

No Man’s Sky also presents the player one main goal: reaching the centre of the galaxy. I haven’t had the chance to play the game myself, but from many reports on the media, it seems that achieving this goal is relatively easy and can be done in just a few hours of gameplay. Other than that, what clear goals do the players have? One of the most advertised features of the game was the possibility to explore a huge, procedurally generated galaxy. But exploration without a clear goal isn’t appealing, even for players who enjoy exploration mechanics. Empowering the players with the chance to set their own goals is a great design strategy; however, leaving the players without goals is not. Thus, even if the game wanted to give players a lot of freedom, it should be able to support players into choosing and pursuing their own goals. From what I’ve heard about the game, it seems that’s not the case. 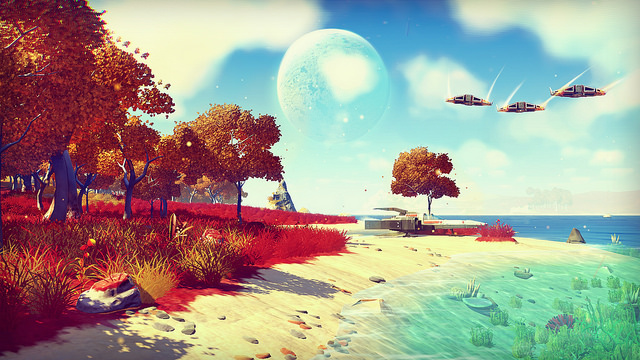 In comparison with other open goal games, we can see that they are successful exactly for their ability in supporting the player in achieving their own goals. For example, titles like The Elder Scrolls series often let the player customise their journey to a high degree and choose their own goals in the game, including the possibility to pursue the main storyline or not. However, these games never leave the player without goals! Instead, they make several distinct paths available and let the player freely chose between them. Therefore, although the player’s goals are self-determined, they are clear and achievable. Another example of open goal game is the genre of sandbox games, from which Minecraft is a prominent example. Minecraft does not require the player to follow any predetermined goal; the player is free to pursue whatever goal she likes. Nevertheless, the game clearly states what kind of goals can be pursued (building things) and, as soon as the player has chosen her goal, the game provides tools to enable pursuing the goal. Thus, goals in Minecraft are self-determined, but they are clear and achievable. 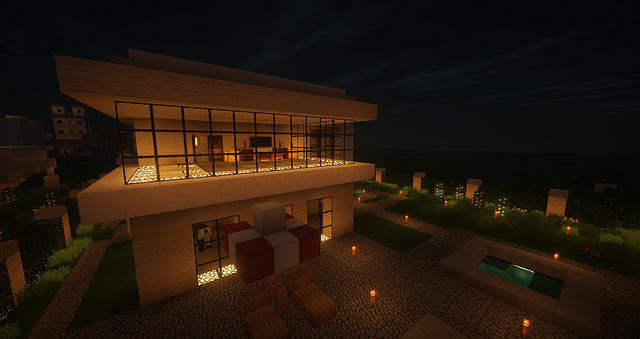 A project built on Minecraft.

What can we learn from these examples for gameful design?

As I have stated in the opening paragraph, a good game must always provide the player with clear goals, either by challenging the player with predetermined goals or by supporting the player in defining her own goals. Similarly, a gameful application designer must learn to carefully design the challenges that the player will have to overcome, which will afford the gameful experience that is the main goal of gamifying something. No matter if the player goals are predetermined or self-chosen, they must be clear and well supported by the game. It’s also important to have in mind that different designs might be more appealing to different user types. For example, Free Spirits will more likely enjoy the freedom to pursue their own goals, whereas Achievers might be more comfortable with being presented challenging goals by the game. In a gameful application that is aimed at a diverse user population, it’s also important to provide different types of challenges to appeal to different user preferences. For example, some users might enjoy collecting mechanics, others competition, others puzzles, and so on. Therefore, variability and freedom to choose their own path are very important characteristics in a good gameful design that should be enjoyable to a diverse population. 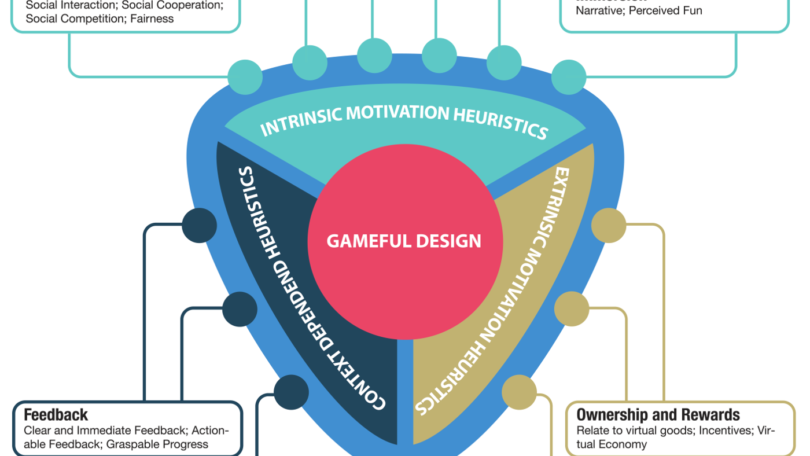